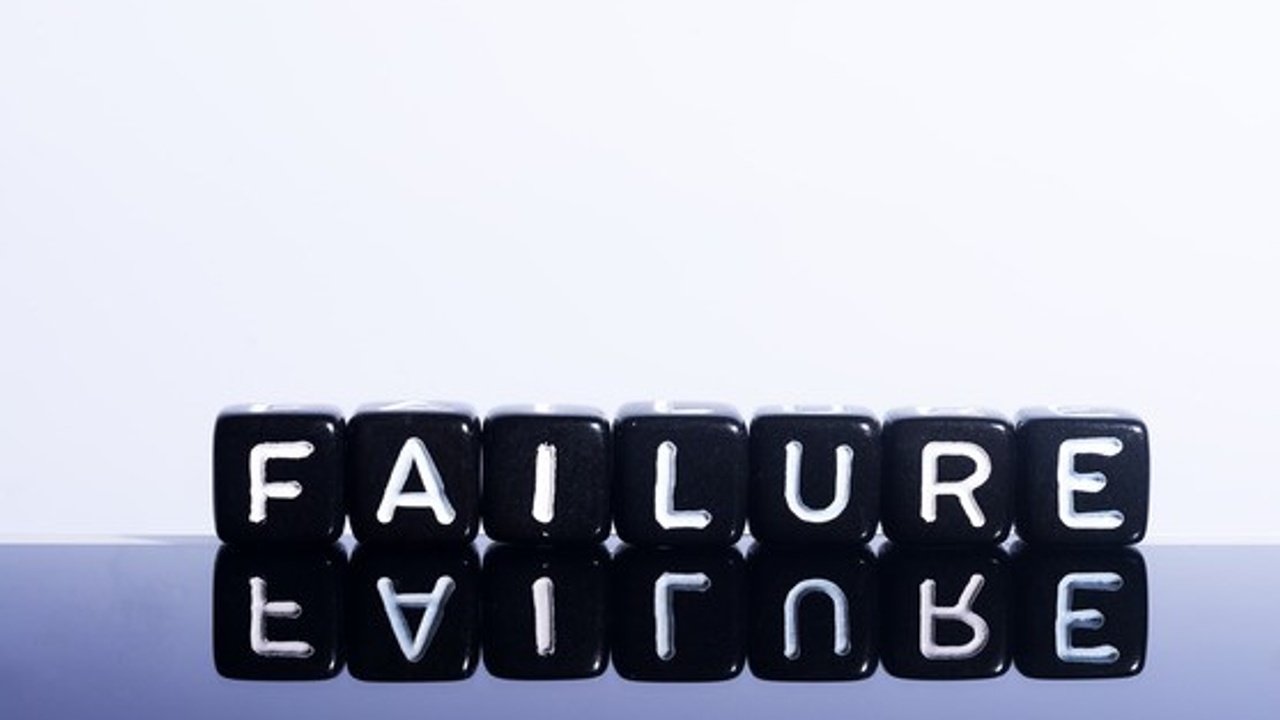 Why It Sometimes Can Be the Biggest Key to Success…

I posted a quote this week by Tom Kelley on my Facebook page that said, "Fail often, so you can succeed sooner."  It captured a lot of attention, and I think hit a nerve for a lot of folks. Especially those who've walked in those shoes.  It got me to thinking about some of the reasons that my program works as well as it does for salespeople. Truthfully? I believe one of the biggest keys to success in my program (and my life) is that I’ve always FAILED FIRST.

Heck, even from birth – I wasn’t supposed to make it.  My mom bargained with God that she’s stop smoking if I lived – and I lived.  She never stopped mind you – but I’m still here today – so there must have been a plan for me yet-right?   Then in my school days – I never made it past the ninth grade.  I struggled all through school in fact – and FAILED.  And yet here I am today, a speaker, coach, trainer, and entrepreneur.

I went into the Navy after dropping out and was the only one that had to spend four more weeks in boot camp than everyone else.  Because I FAILED.   I did go on to spend ten years serving our country and earned the respect of my peers and leaders.  Real estate – same thing.  First year, I had five transactions and two fell through.  I FAILED again.  But again – I bounced back strong.  I then started my first training company in 1979 and in 1981 I had to file bankruptcy.  Another big FAILURE on my record.  But again – I came back- (after paying everyone back dollar for dollar!) and created what has become one of the largest sales training organizations in the world.

Even RETIREMENT I failed at!  (Go figure…)  The point is I’ve spent a lifetime FAILING FIRST.  I guess that why I’m so passionate about helping people today go from failure to success in program after program, market after market, year after year.

It’s also one of the reasons that my program was built around helping the bottom producers make their way.  In our classes – it still holds true that 82% are either brand-new or in the bottom 50% of production in their offices.  Mostly – it’s those bottom producers.  Our job?  To take them from failing to success in such a way that they can repeat that success, sustain that success and understand that just because they FAILED FIRST – doesn’t mean they have to stay  there.

How do we do it?  It’s a formula of course.  (Those of you that know me know I love a good FORMULA!)

In every Wickman program – we have five elements – we call them S.M.A.R.T.

S – Spaced training.  Over a period of time, once a week we teach them, let them implement, teach them a little more, let them implement.  There is definitely such a thing as too much too soon – so we give them the tools them need in the way that they can best absorb and learn.

A – Accountability.  Our trainers want to know how many appointments, contacts, listings, sales – all the numbers – so that WE know how and THEY know how to correct and direct their next steps.

R- Role Play.  Don’t get me wrong – we’re not dragging anyone to the front of the class to embarrass them – but there is very real power in role play. In our course- students will use six well-defined role play techniques to master their skills.

T- Teamwork.   You’ve probably heard me say a time or two – Teamwork makes the dream work!  It’s a proven fact that a group of people working toward a common goal will out produce the same number of people working individually.

The bottom line is this:   if you’re trying to go from failure to success – or even restart and make a comeback—there’s nothing wrong with FAILING FIRST.  In fact – some of the BEST salespeople I know have done just that!

If you or your team need help to click here or call our office today about finding a program near you.  Your success is our passion.  Here’s to the comeback kids!

Your information is safe with us.