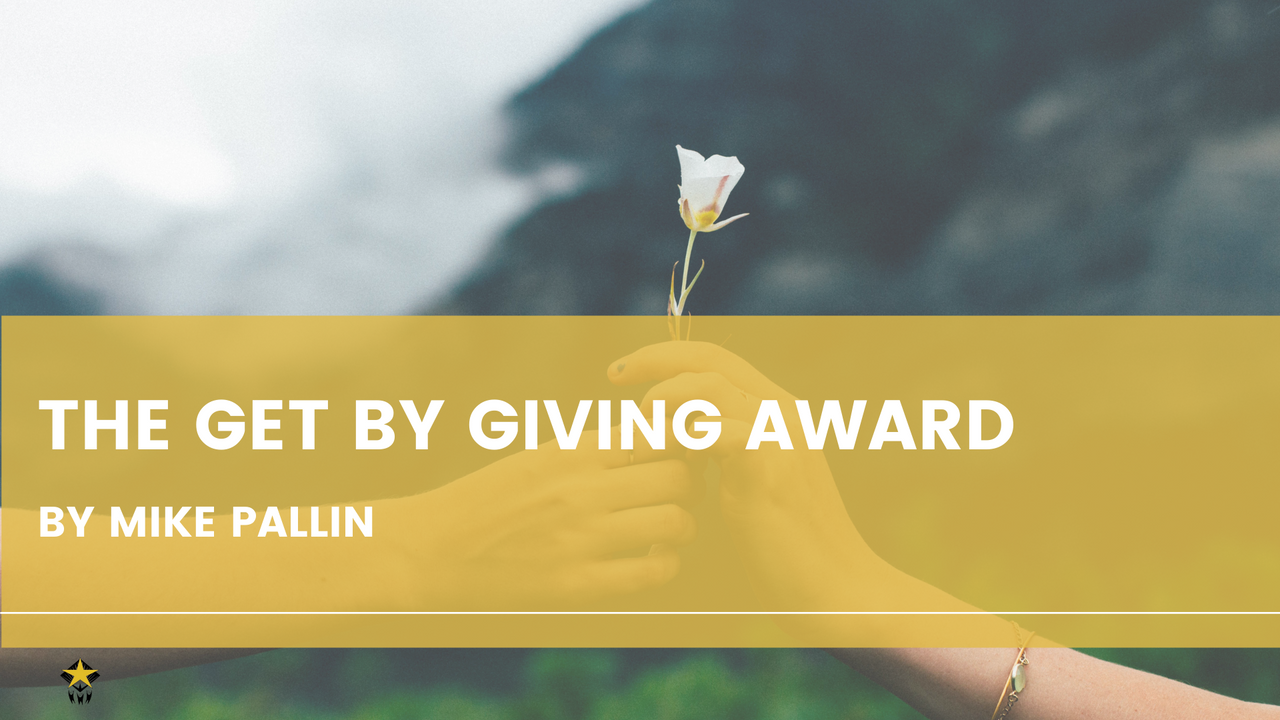 The Get By Giving Award

The Get By Giving Award is named after our first Core Value – To always live by the get by giving philosophy.

When I asked Floyd what it meant to him that the most prestigious award we give out is named after the first of his Core Values, 'To always live by the Get By Giving philosophy,' he said, "There are things about the success of this company I never envisioned or could have imagined, but I always knew that the philosophy I learned from my mother's example would be at the core of any success I had. She showed me the value of being a giver, and the lesson was repeated many, many times. When it finally sank in, things really began to take off for me.

If you look at the people who do really well in real estate, and in life, there always seem to be two groups. One group is pretty much out for themselves, and they don't act as if they care much about how other people fare as long as they get their share first.

The other group understands the principle behind get by giving – that if you give just to get, you won't get…but if you just give, the good you give, the love you give, the respect you give, always comes back to you many times over.

I firmly believe real estate needs more nice people. My mentor Zig Ziglar told me many times that although teaching my students selling skills was important I must never forget to work on building character, too, because if one or the other is missing, success will be short-lived. I have always wanted my name, and my program, to stand for that kind of character.

The people who have won the Get By Giving Award are the best examples of how to succeed by being nice, and thinking of the other guy first. This is the award we should all strive to earn every day."

Once a year we poll the members of the Master Sales Society for nominations --- who do you know who has exemplified that get by giving spirit?

We look for someone who has served the Wickman community. Someone who helps those in need with their time and treasure, not for the recognition, but because that is who they are.

A look at past winners of this award will give you some idea of the character that we so gratefully recognize.

Once all the nominations are in, the Leadership Team meets to make the difficult choice of one recipient for the year. This year marks the Silver Anniversary of the Get By Giving Award, and the winner will be announced at the Business Breakthrough in Ann Arbor, November 14th.

Nominations are now open. Please send yours, along with a brief paragraph with your reasons, to [email protected].

Your information is safe with us.